Which came first, the game illustration or the game mechanism? 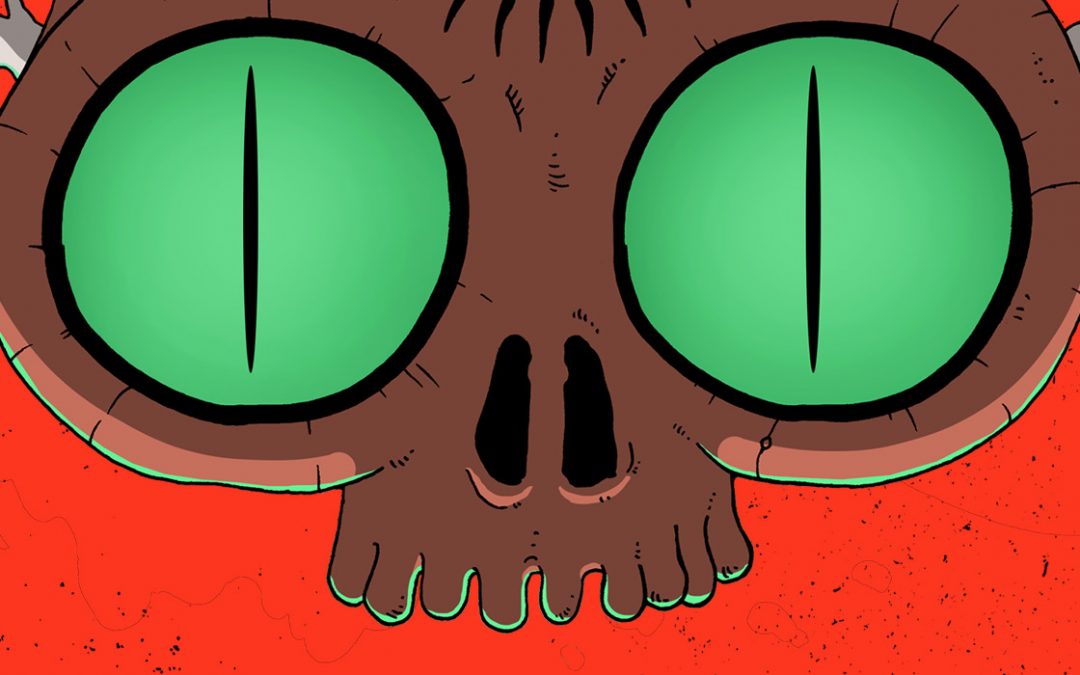 Welcome to my first ever blog. At first a short introduction: My name is Max, I’m 30 years old and I’m a professional graphic designer and illustrator from Germany. I’ve worked for big companies before but besides that I managed to get a few solid commissions for game illustrations done what made me thinking: Is this what I want to do with my life? Am I such a degenerate that I can only really concentrate when somebody’s telling me to draw angry bearded guys slashing evil monsters? Ehm, hell yeah!

So here we are starting things off with my first blog article. Preliminary my goal is to share my insights in my working process, both the development of illustrations and artworks for games and the struggles of creating my own games. One beauty is already about to the see the light, but I’m getting to that later on. Because I’m torn between these to fields of profession (graphic and game design) every day, I thought asking the question ‘Which came first, the game illustration or the game mechanism?’ could not only be fun to discuss but also shed some light on my way approaching things.

I have an idea for a cooperative deckbuilder game now for awhile. The system is simple: Choose your hero, get your mediocre starter deck and a couple of items to start with and fight monsters… so far, so boring. Of course, this is almost every game with some kind of character progression in a nutshell (besides of some ttrpg’s). But I love these kind of games and I think there are still a lot of unexplored areas to discover. The flood of generic all the same looking games the last years makes you think, that the gaming industry reached it’s peak and only needs to copy-paste the same experience into another soulless shell of illustrations. But there’s more to that and a few releases showed it’s still possible to surprise the people with unseen worlds and great immersive art styles and ideas, like Scythe or Wingspan.

Deckbuilders in particular should be much more aware of the story they want to tell. The boardgame industry has seen a wide variety of extremely well thought and fun game mechanisms over the last few decades and i think the idea ‘better copy and adapt a good mechanism, rather then invent your own bad one’ is a way to good game design. A lot of good and very good games are throwing together all kinds of well-known mechanisms but manage to create a new experience through it. Unfortunately, what they are often lacking is to implement a good story or world, that is told through illustrations and flavor texts.

I’m not talking about the quality of the artwork, which is nowadays in the most cases really really good, it’s more about what the artwork is trying to tell. Why is a game like Magic the Gathering capable of telling a cohesive storyline through the years and make every illustration narrate the strengths and weaknesses of it’s color pie and almost any other card game (analog or digital) not?

This is why I think it’s a good way to start with building a world, the scenes, the characters and so on. On the subreddit r/fantasy was a great discussion lately about how to build your world for your own story, and why the beginning is really tough but it get’s easier with every detail you add and in the end the situations and scenes start to justify themselves, because every part of your world is already there and acts how you imagined them.

You can see one of my recent illustrations above. It’s an idea for one of the characters you’re going to play in my deckbuilder game, an old, grim banjo player, who can do all sorts of stuff with it to interact with his enemies and friends. He can play the banjo so fast that his enemies go crazy and can’t attack the next round. Or his Free Jazz intermezzo is just hurting everybody – everbody roles a dice for damage, even you!

Starting with the illustration makes sometimes so much more sense for me, because the process of drawing and considering the accessories of the character is already providing me with ideas for future action cards. In little sessions I try to come up with as many moves and techniques this guy could use and it’s much easier with the character in front of me.

So in my world the game illustration often comes before the game mechanism, because I need the something to be there, to wrap my head around it and develop an idea. How do you tackle your game ideas? Do you have a clear agenda how to approach game development or is it everytime different? Tell me about in the comment section!