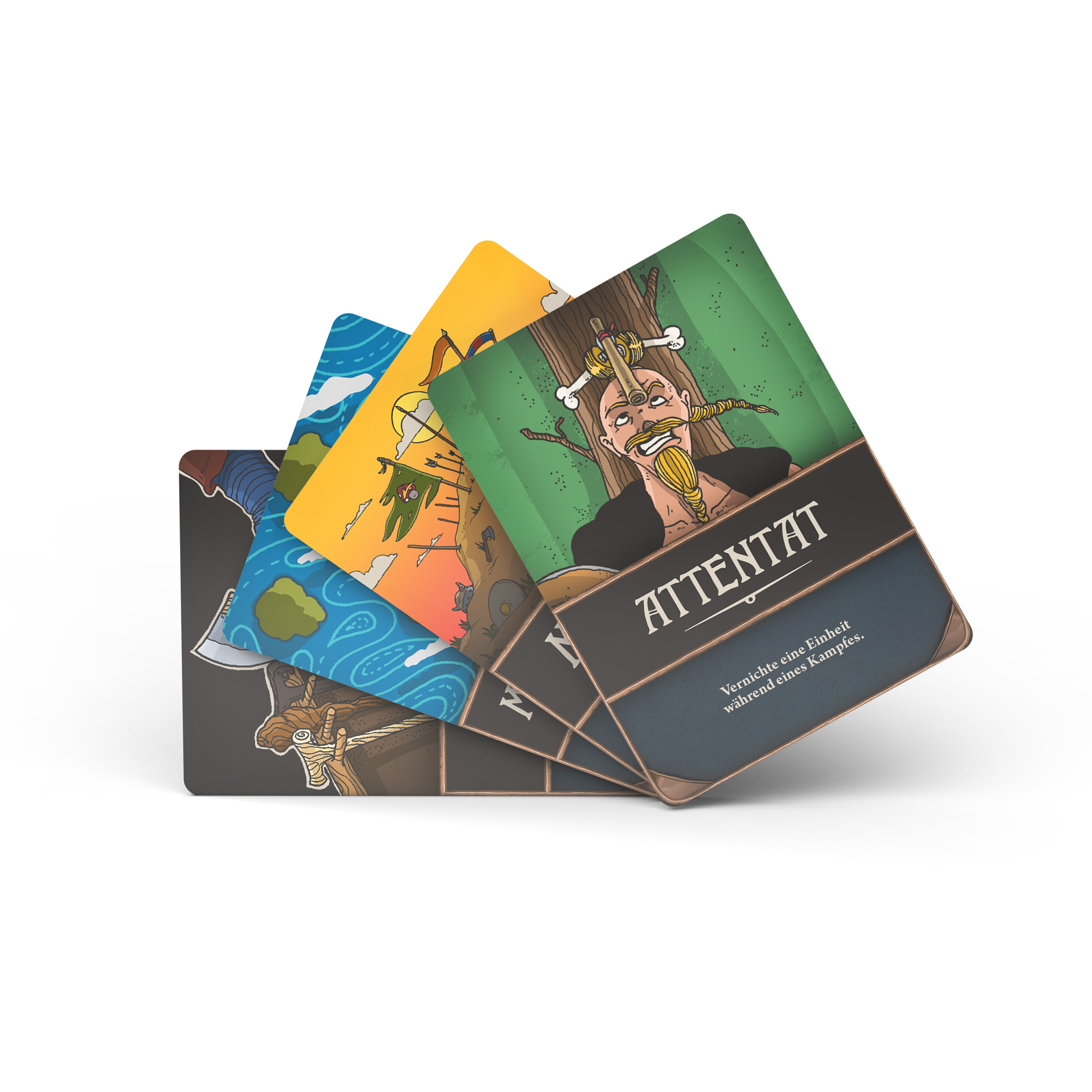 Get ready to conquer islands and gather mighty treasures!

The Klabauter Islands – a tactical board game for 2-4 players

At the beginning every player chooses one of four viking clans. They get two viking boats and men to reach out for the first islands they want to claim. With every conquered islands the players get more men, treasures with permanent passive bonusses and action cards they can use anytime.

The players aren’t fighting only against other players but also against the Klabauters, ancient mythic creatures which rule these shores for too long now! Round for round the players are competing against each other until one of the players managed to have the most islands under his control by the end of the 7th round.

The Klabauter Islands is a fast-paced action board game with an easy-to-learn rulebook and a lot to discover.

Me and my beloved friend Moritz developed this board game from scratch. Not only have we illustrated and layouted everything, we developed our own game system and play-tested it for hundreds of hours. As we are both german guys, the game is at this point only available in german and as a prototype, so the you see the german version of ‘The Klabauter Islands’ on the box and in the header.

Where do I get the Klabauter Islands?

This board game is completely finished with all illustrations, rules, cards, layouts etc. We are currently collecting everything we need to know to start a Kickstarter campaign, somewhere in 2020. If you want to get notified about what’s happening, please use the Newsletter subscription at the bottom of the page. 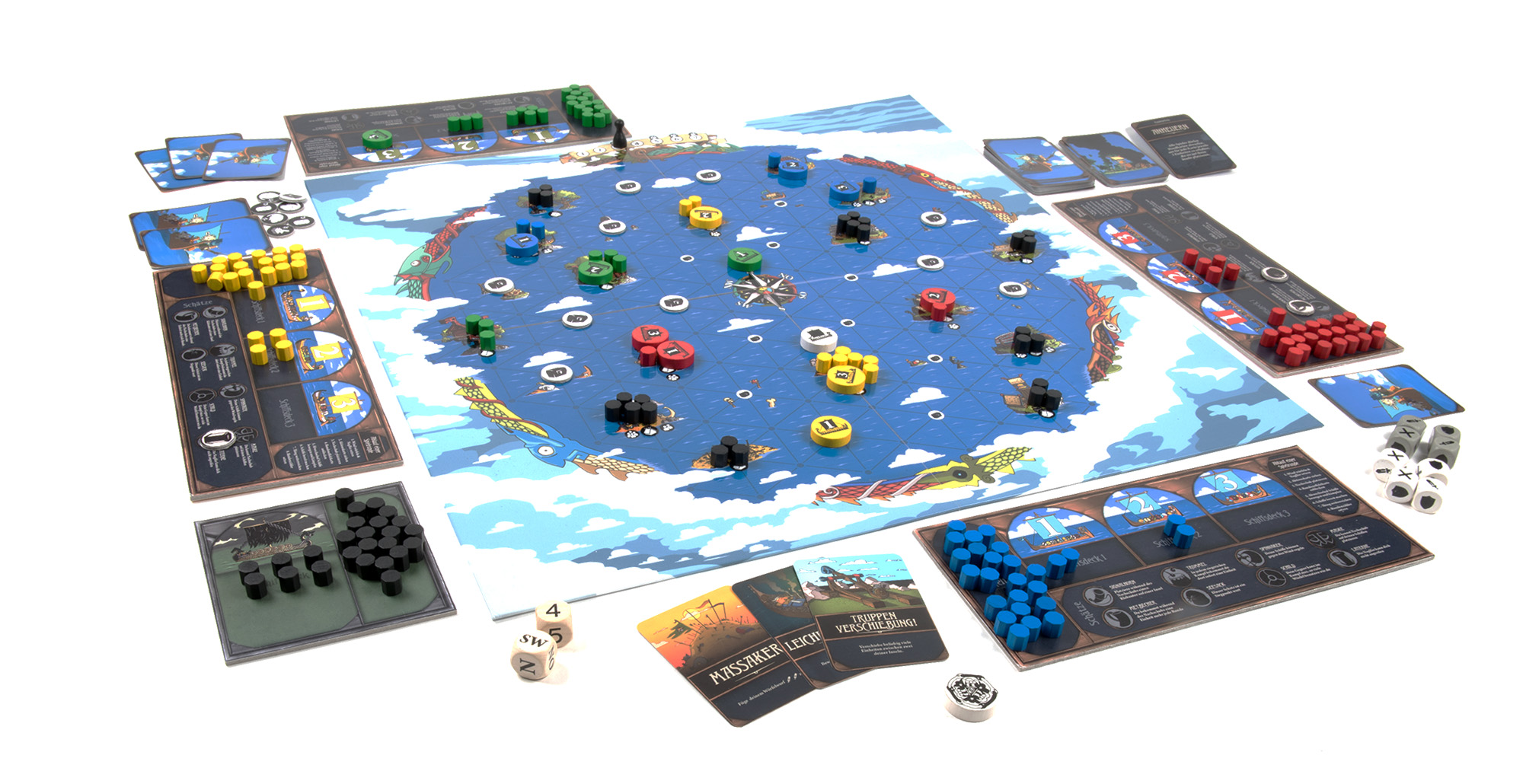 Stay up-to-date about my discount offerings for illustrations, game designs I'm working on or just get a notfication about my next coffee-break read worthy blog article!